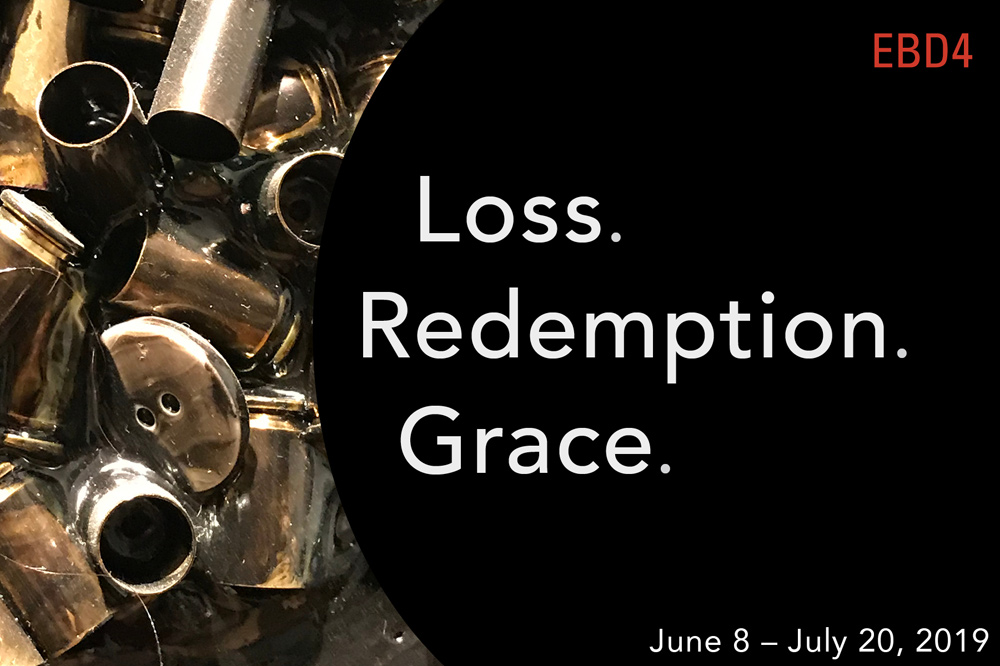 There are many kinds of losses in life—lost love, unexpected death, public and personal tragedy—yet the suffering and pain of loss may be transformed into a pathway that leads to redemption and grace.

In June 1999, Gordon C. Bynum Jr. was murdered in a Buckhead neighborhood. His senseless death was deeply felt by the Atlanta community and caused a public outcry. The pedestrian bridge leading from Lenox Square Mall over GA 400 where he last walked, was dedicated to him.

Gordon Bynum’s oldest sister Elyse Defoor used art to express her own rage and grief in a series called “Talking Back”. Now as she marks the twentieth anniversary of her brother’s unsolved murder, Defoor has invited other artists to share their expressions of loss, redemption, and grace in an exhibition created in her space at EBD4 in Chamblee, Georgia.

“Loss, Redemption, and Grace” is a group exhibition of works by 50 artists from throughout the United States.

The exhibition which openened June 8 was curated by Elyse Defoor and juried by artist and professor Teresa Bramlette Reeves, Ph.D., Director for Curatorial Affairs at the Zuckerman Museum of Art at Kennesaw State University, and nationally acclaimed and award-winning Atlanta art critic and curator, Jerry William Cullum, Ph.D. The exhibition was free and open to the public.

WE LOVE BU-HI AND CHAMBLEE!

LET'S PLAN YOUR NEXT EVENT